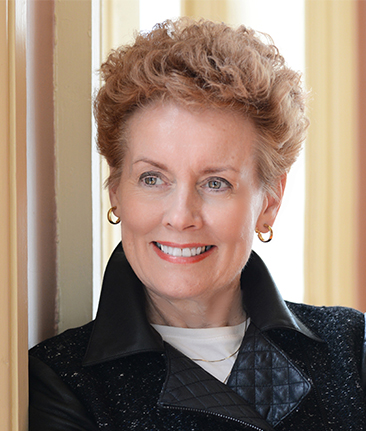 “The university brings together a wonderful group of diverse faculty and students who are excited about making beautiful music and sharing their talents with the community of musicians and beyond.” Dr. Mabry on what she loves about being a part of the Austin Peay community

Dr. Sharon Mabry, mezzo-soprano, first received national recognition in the 1980 National Public Radio Art of Song series when she was a featured recitalist. Since then her sensitive interpretation of traditional and contemporary music has placed her in demand as a recitalist, soloist with symphony orchestras and as a master teacher of vocal techniques. Mabry has been a frequent guest artist at new music festivals and presented recitals in major venues, such as Merkin Concert Hall (New York City), The Corcoran Gallery of Art (Washington, DC), The National Gallery of Art (Washington, DC), three national conventions of the National Association of Teachers of Singing and several NATS regional conventions and summer workshops. She has been invited to sing recitals and present master classes at more than 40 colleges and universities in the US and Great Britain and was the recipient of two major grants from The National Endowment for the Arts: a solo recitalist fellowship and a recording grant.

Dr. Mabry has premiered works by more than thirty composers and made eight critically acclaimed recordings. Each recording showcased works by contemporary composers or music by women composers. Her latest CDs are: Music by Vercoe, Goossen and Barber (Owl); Music by Women: A Celebration (Capstone); Lincoln Portraits (Naxos) on which she is the featured soloist with the Nashville Symphony Orchestra in the Roy Harris, Abraham Lincoln Walks at Midnight; and Modern American Art Song (Albany) which contains premiere recordings of songs by Kenton Coe, Brian Peterson, George Mabry, and Persis Vehar.

In addition to her concert career, Mabry (Professor of Music) received the university's highest award for creativity (the Richard M. Hawkins Award) and for teaching (the Distinguished Professor Award). She holds the bachelor of music degree from Florida State University, the master of music and doctor of musical arts degrees from George Peabody College/Vanderbilt University, and a performance certificate from the prestigious Franz-Schubert-Institut in Austria.

From 1985 through 2009, Dr. Mabry was a featured writer for the NATS Journal of Singing, the preeminent journal for singers and voice teachers, with her column "New Directions," which discussed trends in contemporary music. Oxford University Press published her book, Exploring Twentieth-Century Vocal Music, in 2002 and in paperback in 2009. Scarecrow Press, Rowman and Littlefield published her latest book, The Performing Life: A Singer'?s Guide to Survival, in 2012.