Preparing for challenges of tomorrow through involvement and co-curricular learning 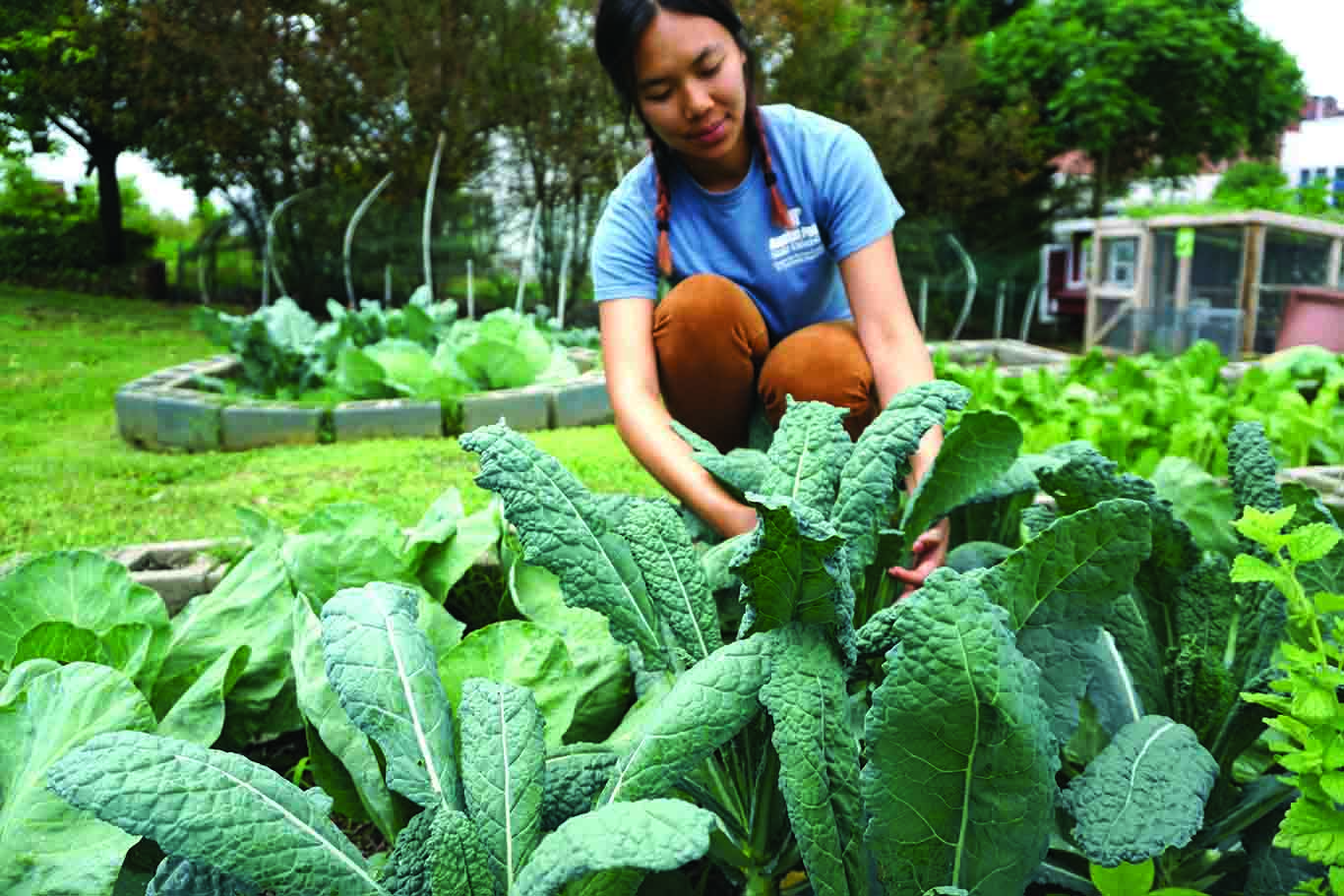 » Since the spring of 2017, the Wilbur N. Daniel African American Cultural Center has increased the number of Netbooks, MacBooks and laptops available for checkout from 24 to 70 allowing a greater number of students access to technology.

» A newsletter called La Palabra was launched by the Hispanic Cultural Center. La Palabra features information updates, student spotlights, HCC testimonials, crosswords and puzzles in Spanish, photos of activities and promotes upcoming events for the next semester. The newsletters were available at the HCC and were posted on the center’s social media accounts.

On Monday, Aug. 21, people watched the eclipse at locations across campus. Visitors from as far away as France and Finland came to campus because the campus location was near the epicenter of this historic event. The sky went dark for more than two minutes — one of the longest periods of darkness in the country. The University was named an official NASA event, with the national organization sending scientists and a film crew to the University’s farm. The images they captured were broadcast across the world, including on a large digital screen in New York City’s Times Square. The University also hosted a viewing party at Fortera Stadium, an educational fair for children and a lecture by Rhea Seddon, a former NASA astronaut.

The Student Government Association and Del Square Psi Society of Physics Students purchased 2,000 glasses for students to watch the eclipse. 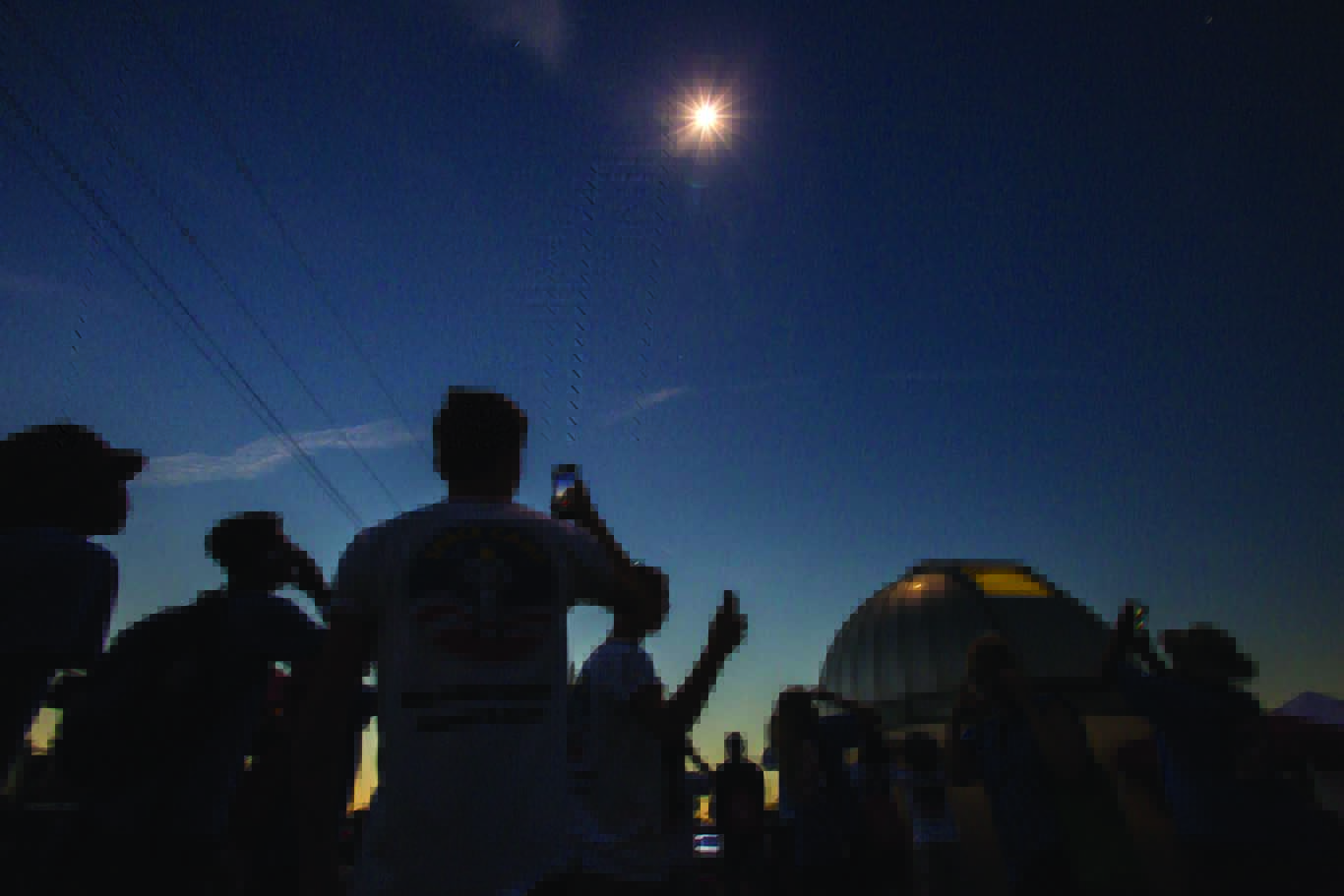 » Student Affairs Programs and Assessment launched a new initiative to support experiential learning and growth for student employees in division departments. The Student Affairs Employee Experience program aims to assist students in developing employer desired skills sought in new graduates through intentional connections with supervisors. The program was piloted among four departments and will be implemented divisionwide in fall 2018.

» Counseling Services’ “Let’s Talk” initiative offered brief, solution-focused drop-in counseling with the emphasis on accessibility to students who traditionally under utilize mental health services, who may have a difficult time accessing Counseling Services or who have issues due to stigma. The program, intended to connect and support students in need of a simple intervention, was offered four days a week at the Foy Fitness Center, the Morgan University Center, the Art + Design Building and the Woodward Library. “Let’s Talk” was also facilitated for students living in on-campus Housing and included after-hours open presentations at five housing locations. “Let’s Talk” served 65 students in the fall, allowing them to work through concerns without requiring the full intake process in Counseling Services.

» Student users of the SOS Food Pantry doubled from fall 2016 to fall 2017. New users to the pantry — housed in the Center for Service-Learning & Community Engagement — increased from 35 to 84, and returning user visits jumped from 155 to 393, resulting in 477 pantry visits during fall.

» During the fall semester, each Housing residence hall/complex established mascots for their hall. The initiative was coordinated by Michael Freeman, Housing Area Coordinator.

» The coordinator of Student Publications and Marketing designed 60 unique marketing and informative pieces over the year for division departments in support of their programs and initiatives. 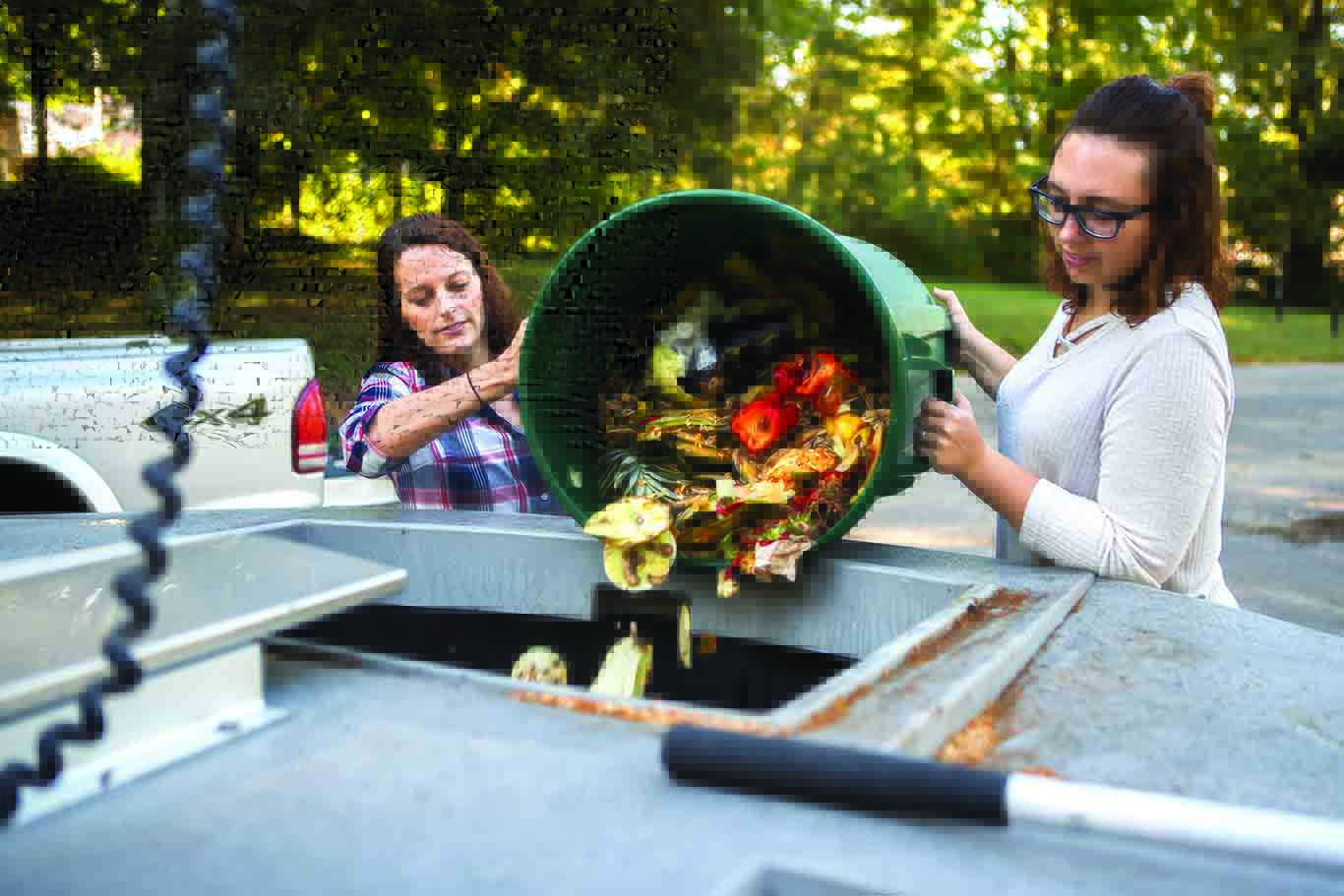 In late summer the Center for Service-Learning & Community Engagement (CSLCE) installed a large-scale composter known as an Earth Tub, and through partnerships with campus and community organizations the composter will help reduce the University’s impact on the environment. The Earth Tub can handle up to 100 pounds of food and paper a day, and the fully enclosed machine features power mixing, compost aeration and filtration of all process air.

Popular among universities, the Earth Tub has been installed at, among other institutions, Youngstown State University, Xavier University, the University of Maine and Washington State University in recent years. The CSLCE partnered with Chartwell’s staff to add food waste that would have previously been sent to the landfill. Both Physical Plant and Clarksville’s local newspaper, The Leaf-Chronicle, are donating dry, carbon-rich waste like newspapers, hay and sawdust to ensure the right mix of ingredients to make usable compost.

The composter provided its first batch of compost in October, and grounds crews take what once would have been discarded waste and use the fresh soil for landscaping efforts across campus. Funding for a second composter was awarded in the spring allowing the composting station to run two batches of compost at the same time. The CSLCE also rescued hundreds of dollars worth of landscaping blocks and repurposed them into a curing station for the compost.

While working with the EPA on these procedures, APSU was recognized by the Tennessee Department of Environment and Conservation and was nominated for the Governor’s Environmental Stewardship Award. Maintenance of the composters is a shared responsibility of CSLCE and APSU Landscaping. 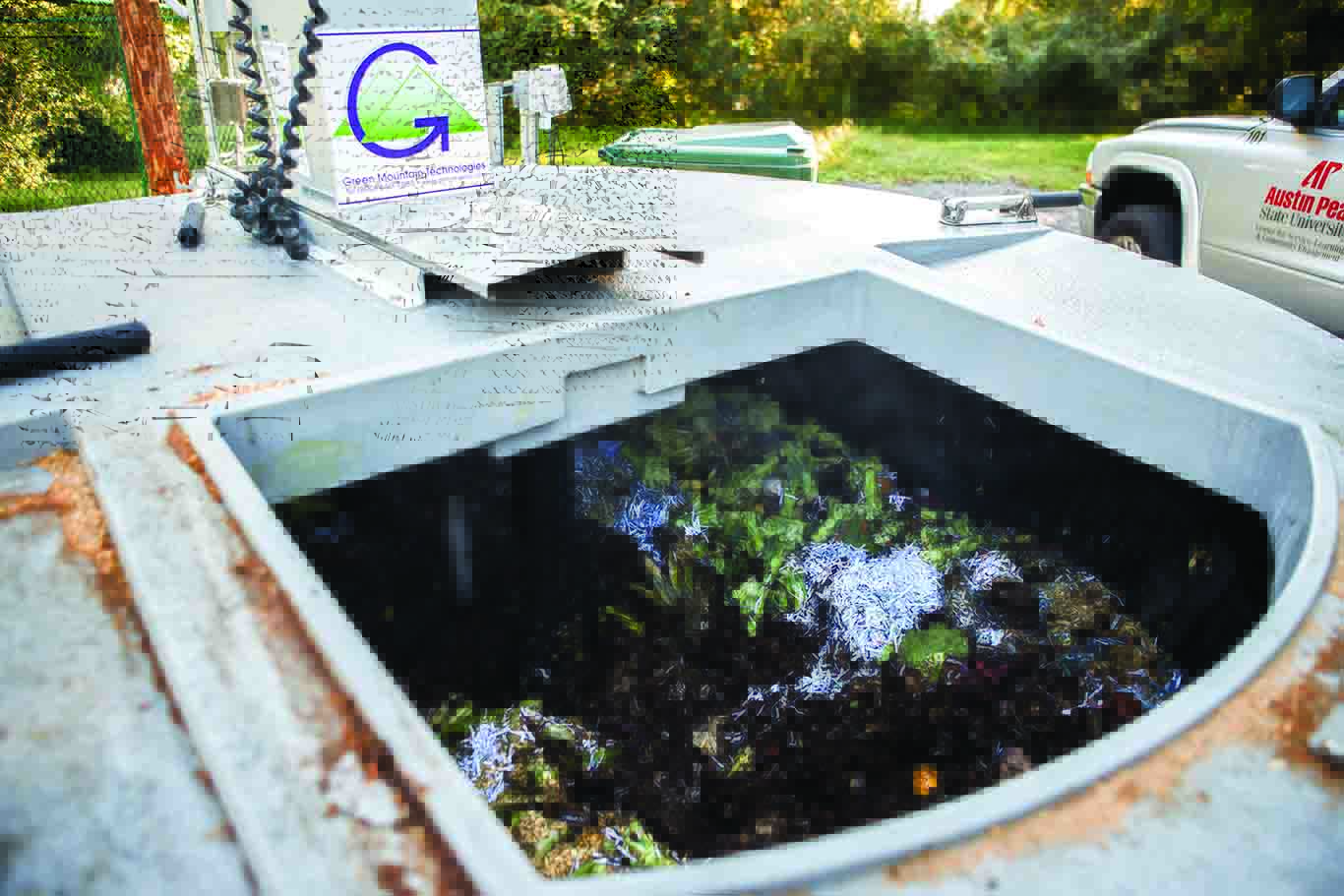 » An online Behavioral Intervention Form was launched at the beginning of fall semester, creating convenient access to the form by faculty and staff.  The process, facilitated by Student Conduct and Case Management, followed training provided for new and adjunct faculty on students of concern and the reporting process.

» Student Affairs Programs and Assessment and the Student Affairs Assessment Team implemented a divisionwide grant in support of assessment initiatives with four grants awarded during the year. One grant funded staff training materials and an interpretor for University Recreation’s Climb N’ Sign event. Participants and staff of the climbing wall were asked to communicate using only nonverbal methods to heighten awareness of challenges and barriers faced by those with hearing impairments. After assessing this event in 2017, University Recreation staff discovered a need for additional training for the staff facilitating the event and the need for the assistance of an American Sign Language (ASL) Interpretor during the event. Following the 2017 Climb N’ Sign event, an APSU student with a hearing impairment became a regular participant at the rock wall. Although the student was not a participant of the Climb N’ Sign event, staff had the procedures, learning aids and basic training in ASL to be able to assist the student because of the event. The student has subsequently taken instructional classes at the climbing wall and participated on several adventure recreation trips. The staff training through Climb N’ Sign increased the staff’s experience, sensitivity and confidence. Assessment grant funding was provided by the vice president for Student Affairs and applications were reviewed and approved by the Student Affairs Assessment Team.