Ashley Kautz (she, her, hers), Center Coordinator

Ashley transferred to APSU where she received her Bachelor of Science in Interdisciplinary Studies. She started her higher education career in Enrollment Management; there she worked as an Admissions

Counselor to recruit students and help minimize enrollment barriers. Ashley completed her Master’s Degree in Higher Education: Student Personnel from the University of Mississippi. As a transfer student and former enrollment specialist, Ashley is eager to help students become connected to resources available on campus and increase student success through involvement. In her free time, Ashley loves to travel, read, climb, and do anything else that involves the outdoors. 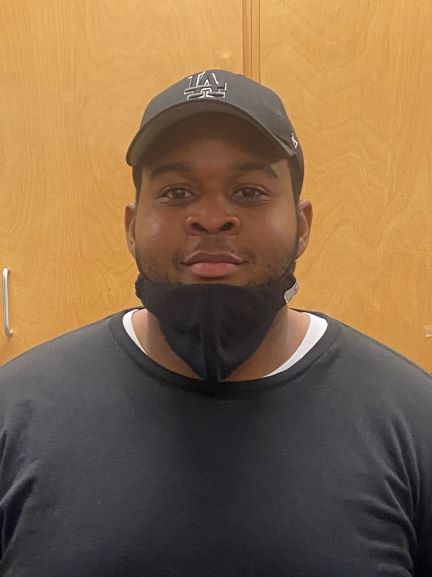 Chad is an adult-learner majoring in Nursing. He was born in Jamaica and moved to the United States permanently in 2008. He lived in Brooklyn, New York until graduating high school in 2012. After high school, he joined the U.S. Army and that is what brought him to Clarksville. Chad says he doesn't have much time for hobbies currently because of the demands of the nursing program. During breaks from classes he is usually working or taking time to visit his family who still live in New York and Jamaica.

Josh is an APSU junior whose major is criminal justice with a concentration in homeland security. His current plan after graduation is to work in Federal law enforcement, specifically in counter terrorism or homeland security. His interests include traveling, reading, and learning about different cultures. He has been on a study abroad trip to Ireland. He is also involved in various student organizations, such as the National Society of Leadership and Success, the Student Organization Council Finance committee, Govs Care, and the Peer Leader program.

Julie is a freshman who is majoring in pre-vet medicine. She loves spending time with her family, babysitting and playing with animals. When she isn't doing one of those, she likes to read or go fishing.

Teresa is a senior who is currently working towards a degree in Social Work. After graduating, she plans to obtain a Master's degree to become an activities coordinator for the elderly. She enjoys spending time with family and friends. She loves her dog, JoJo, who will be seven this year. Teresa also enjoys crocheting and horror movies in her free time.

Help us make a mark! Use #ANTSatAPSU